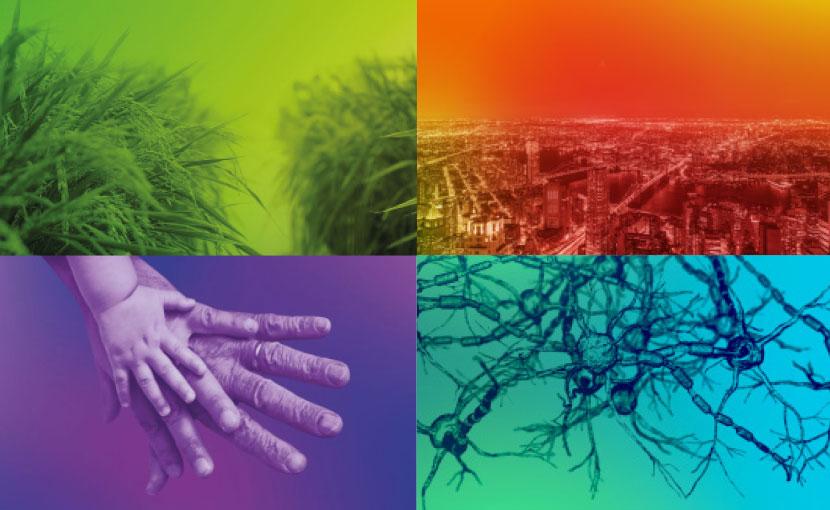 The key issues facing humanity are embedded within complex systems that cross the boundaries of academic disciplines. Our four research flagships, the Energy Institute, the Healthy Lifespan Institute, the Neuroscience Institute and the Institute for Sustainable Food, each focus on an era-defining challenge to change the world for the better.

Half of UK rice breaches arsenic limits for children

Scientists warn of dangerous levels of the carcinogen in rice. 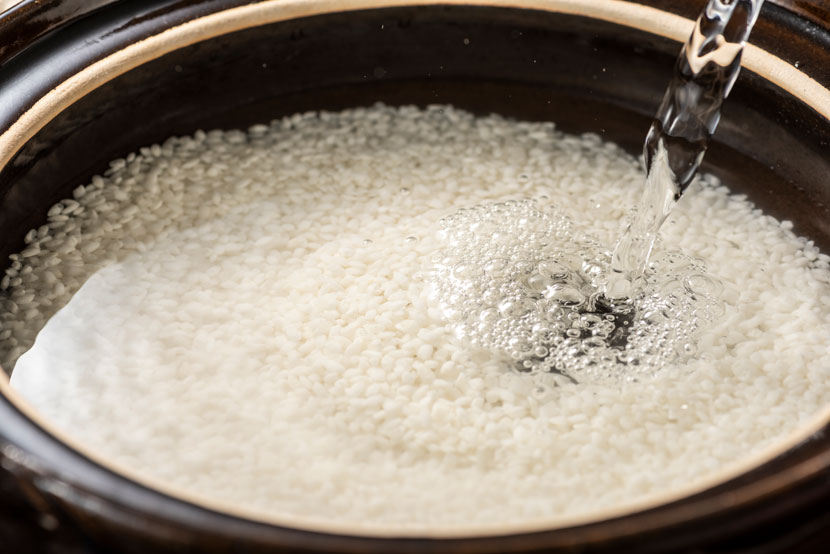 Above: Cooking rice in a certain way removes over 50 per cent of arsenic in brown rice and 74 per cent in white rice.

Scientists at the Institute for Sustainable Food have found that more than half of rice varieties sold in the UK contained levels of arsenic higher than regulations allow for babies and children under five.

Considering the health implications, the researchers concluded that babies under the age of one must be restricted to a maximum of 20g per day of the 28 rice varieties that breached regulations, in order to avoid risks of developing cancer in later life. They have recommended that the UK government and European Commission introduce labelling to clarify whether rice is safe for consumption by babies and children under five.

The research team found that cooking rice in a certain way removes over 50 per cent of the naturally occurring arsenic in brown rice, and 74 per cent in white rice.

Up to 90 per cent of UK households buy rice, with the average person consuming around 100g per week. Rice and rice-based products are widely used for weaning and as baby food, due to their nutritional benefits and relatively low allergic potential – but, according to the European Food Safety Authority, children are two to three times more susceptible to arsenic risks than adults due to their lower body weight.

Arsenic, which is classified as a Group 1 carcinogen by the International Agency for Research on Cancer, is water-soluble – so it accumulates in rice, which is grown in flooded fields more often than other cereals. Arsenic exposure affects almost every organ in the body and can cause skin lesions, cancer, diabetes and lung diseases.

The research team found that cooking rice in a certain way removes over 50 per cent of the naturally occurring arsenic in brown rice, and 74 per cent in white rice. Importantly, this method does not reduce micronutrients in the rice.

Scientists recommend that rice is parboiled in pre-boiled water for five minutes before draining and refreshing the water, then cooking it on a lower heat to absorb all the water. 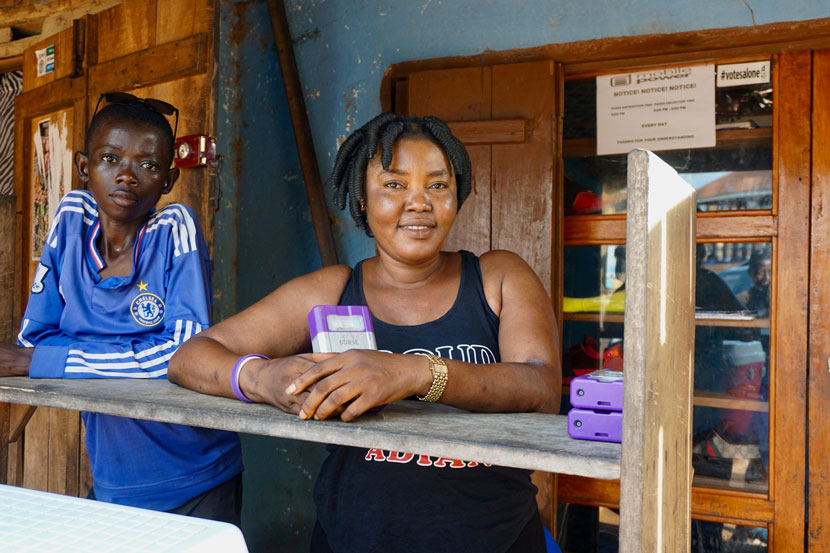 New rechargeable battery packs in use in Sierra Leone.

In Sub-Saharan Africa, population growth outstrips electrification, even while people increasingly rely on electrical equipment for communication and commerce. This lack of energy stifles economic growth and limits living standards and opportunities.

A study by Mobile Power in 2016/17 showed that 20 per cent of household income in Sierra Leone is spent on lighting and mobile phone charging. In off-grid communities, lighting is powered by disposable batteries and mobile phones are charged at polluting and dangerous diesel generator ‘telecentres’ in towns.

The batteries are charged at solar charging stations before being delivered to customers, thereby removing the need for dangerous traditional diesel generators and reducing energy costs by up to 75 per cent.

A partnership was established between the University of Sheffield’s Energy Institute and Mobile Power to develop lifetime battery cells in pay-per-charge smart battery packs. The rentable pay-as-you-go smart batteries supply affordable, clean power to households and enterprises in off-grid communities. The batteries are charged at solar charging stations before being delivered to customers, thereby removing the need for dangerous traditional diesel generators and reducing energy costs by up to 75 per cent.

Next, the team will focus on developing significantly larger lithium-ion battery packs. The new battery packs are very versatile. One day they could be providing power to a whole village and the next day be swapped out to drive the motor of an electric tuk-tuk. For households where the cost of connection to the mini-grid is prohibitively high, these packs are easily carried to the home and are capable of powering multiple devices for long durations.

Through these two partners, the project will be conducting field trials at two sites in Sierra Leone. Firstly, at Winch Energy’s mini-grid, where women will be employed as energy entrepreneurs, renting out the batteries for household and micro-enterprise use. The second, at Pink Power’s site in Freetown, will test powering electric tuk-tuks with the battery packs. This will be part of Pink Power’s wider project on training up vulnerable women to drive the tuk-tuks as a form of employment.

Geroprotectors have the potential to reduce the amount of medication needed for patients with multimorbidity.

Multimorbidity is the presence of two or more chronic health conditions such as osteoporosis, cardiovascular disease, cancer or Alzheimer’s disease. Currently affecting over 60 per cent of people in the UK aged over 65, multimorbidity can cause frailty and poor quality of life.

Health conditions are typically treated using a single-disease model. This means doctors will prescribe one pill or more per disease. Therefore, patients with multimorbidity are often prescribed a variety of medication as treatment. This leads to unexpected drug-to-drug and drug-disease interactions, which can have adverse impacts on patient health.

This essential groundwork could potentially pave the way for a new approach to patient treatment, which should reduce the cost of care and lead to healthier life spans for all.

One possible solution is the use of geroprotectors, which are drugs or supplements that target the root cause of ageing and age-related disease. It is known that some age-related diseases share a common molecular pathway, or root cause. By developing a drug that tackles the root cause of a cluster of diseases, people with multimorbidity can be treated with a single course of medication rather than multiple, potentially conflicting treatments.

Investigating the potential of geroprotectors is a complex task. Firstly, geroprotectors’ modes of action differ in different tissues or in response to different mechanisms of ageing. In addition, it is unknown whether the same dose and length of treatment can have positive effects on multiple tissues at the same time. Furthermore, testing geroprotectors in patients with multimorbidity is difficult due to the differing medical needs of each patient and the need to predict who will develop multimorbidity. This variability of responses, as well as the lack of predictive biomarkers to aid the selection of the appropriate group of patients who may benefit from geroprotectors, makes clinical trials significantly more challenging. However, without the inclusion of people with multimorbidity in clinical trials, it is impossible to determine the effects of geroprotectors on multiple diseases.

Researchers at the Healthy Lifespan Institute are using machine learning, a form of artificial intelligence, to learn more about how groups of diseases are clustered together and the underpinning molecular pathway of ageing specific to each cluster. Automating data analysis with machine learning tools will greatly expedite research in this field. This essential groundwork could potentially pave the way for a new approach to patient treatment, which should reduce the cost of care and lead to healthier life spans for all. 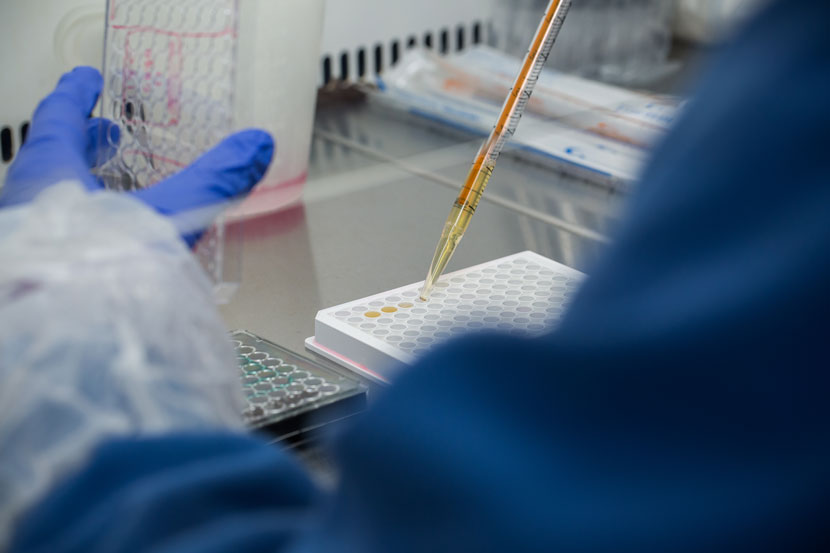 MND is a disorder that affects the nerves – or motor neurones – in the brain and spinal cord that form the connection between the nervous system and muscles to enable movement of the body. The messages from these nerves gradually stop reaching the muscles, leading them to weaken, stiffen and eventually waste.

The therapy may also be of benefit in other neurodegenerative conditions including Friedreich’s ataxia, Huntington’s disease and Parkinson’s disease.

The disease affects a patient’s ability to walk, talk, eat and breathe. Currently, there is no cure for MND and no effective treatments to halt or reverse the progression of this devastating disease.

Researchers in the University of Sheffield’s Neuroscience Institute have discovered a potential targeted therapy for MND. In partnership with Aclipse Therapeutics, our researchers are progressing a disease-modifying drug candidate – M102 – into first in-human trials for patients with the neurodegenerative disease.

Neuroprotective properties in M102 were discovered by the Sheffield Institute for Translational Neuroscience (SITraN) in 2013. Preclinical models evidenced the potential for M102 to stop and reverse MND progression in both familial and sporadic patients. The therapy may also be of benefit in other neurodegenerative conditions including Friedreich’s ataxia, Huntington’s disease and Parkinson’s disease.

The project, funded by FightMND and the Medical Research Council, will also support the development of patient biomarkers that will be applied in the clinical studies, and potentially enable a personalised medicine approach for M102. This means that we can identify those who do and do not respond to M102 and target the treatment at those MND patients who are most likely to benefit. Researchers can then identify gene signatures that can discriminate between responders and non-responders to selected drugs. Our aim is to be able to identify the best drug for each patient, taking a huge step forward in drug efficacy and patient wellbeing.

The latest from campus

A decade of impact