From budding twitcher to award-winning teacher, Professor Tim Birkhead FRS is one of the University’s leading academics. As he approaches retirement, he looks back at some of his achievements from his 42-year career at Sheffield, as well as his hopes for the future of an important study into one of the UK’s most abundant seabird populations.

What first sparked your passion for birds?

Birds are both my passion and my life’s work. My love for them came from my father who was a keen birdwatcher. He very much saw it as a hobby and was certain I’d never be able to make a career of it. “You’ll never get a job birdwatching!” he said and I’ve been very pleased to be able to prove him wrong.

When did you begin to realise that you could turn your hobby into a career?

The idea of me working with birds started when I first went to university in Newcastle to study Zoology in 1969. It was around the time that universities were expanding and I was able to indulge this interest, undertaking my final-year project on bird behaviour and the design of bird skulls. I was very lucky to have academic supervisors who shared my passion and they supported me greatly in pursuing it further.

I then went on to do my PhD at the Edward Grey Institute of Field Ornithology at Oxford. It was there, in 1972, that I first began studying guillemots on the Welsh island of Skomer. I had no idea that the work I started then would go on to become such an important longitudinal study and that nearly 50 years later I would still be going back there each year.

Tell us more about Skomer and your work there.

Skomer is one of the most beautiful places in the world. It’s an uninhabited island off the Pembrokeshire coast which is brimming with wildlife – puffins, grey seals, cormorants and, of course, guillemots. They are one of our most abundant seabirds. Studying them is just like going to the cinema. They are a researcher’s dream to observe and monitor; their behaviour is fascinating because they are incredibly social. Unlike puffins, guillemots breed in the open which makes studying them much easier.

I’ve been inspired by the natural world. It has shaped me and given me a fantastic life and I want to share that with as many people as possible.”

Professor Tim Birkhead on Skomer, circa 1989. 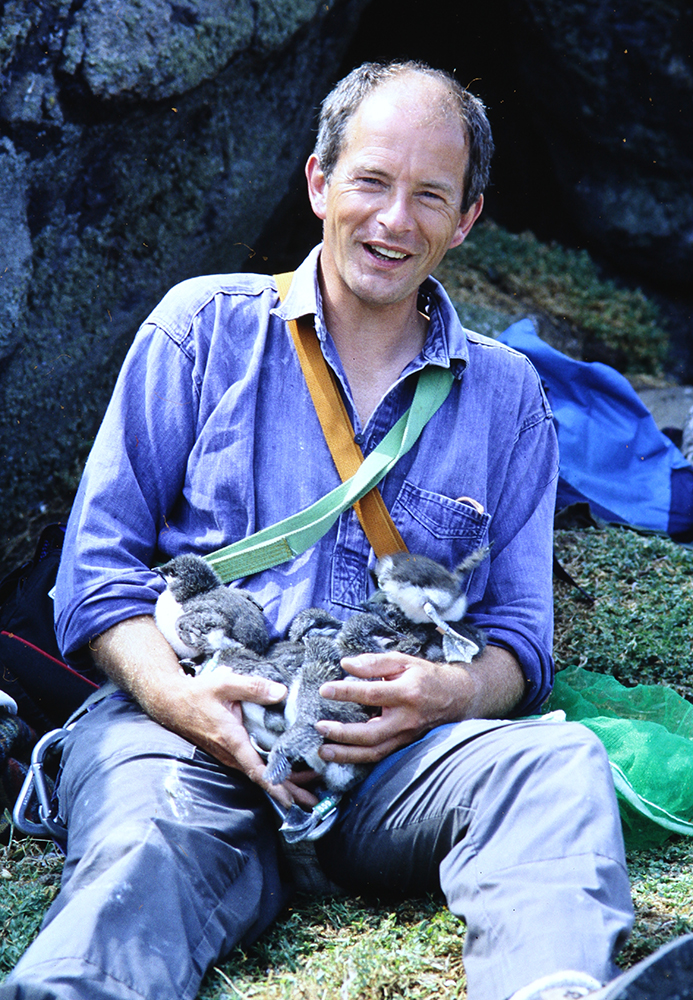 Importantly, guillemots are excellent indicators of the quality of the marine environment. They are desperately vulnerable to oil pollution, for example, and hundreds of thousands have died in oil spills. Partly as a consequence of such disasters, their numbers have fluctuated wildly over the past 80 years. The population on Skomer is one of just a handful of UK guillemot populations that is doing reasonably well at present. But we shouldn’t be complacent. My study monitors both their survival and breeding success and provides a unique opportunity to understand the consequences of any environmental change on other seabird populations too – such as climate change and over-fishing.

We now have a very good feel for this. What’s crucially important is how long the adults live – they lead long lives. Our oldest bird will be 40 this year, a fantastic age for a bird. Knowing what proportion of young birds survive to breed has proved to be very important. It’s turned out to be quite high, and that has driven the population increases. 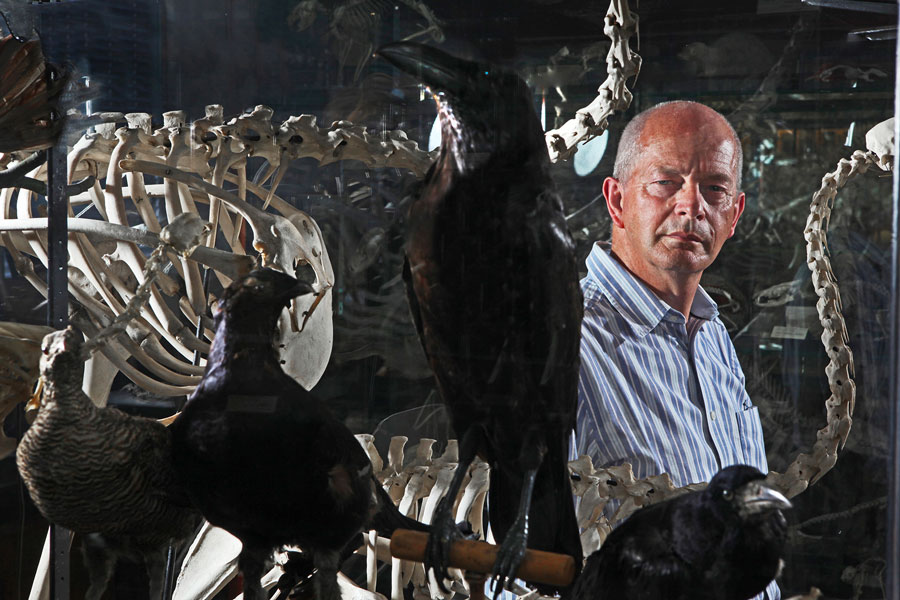 What is going to happen to this research once you retire at the end of the year?

I’m absolutely passionate about ensuring that this study can continue for as long as possible. It’s vital for the conservation of our seabird populations, so I’m very pleased to be handing over the reins to Dr Steve Votier. He’s one of my former post-doctoral researchers and a fantastic seabird biologist. In my final few months of work, I’m doing all I can to secure funding for the project. As long as I’m physically fit, I’ll continue to go to Skomer too.

Alongside your research, you’re also known for your dynamic teaching. What do you think makes a good lecturer?

I think it comes down to empathy. I was rubbish at school, partly because I was obsessed with birdwatching and wanted to be outside rather than sitting in a classroom. I found it a real challenge at times. However, a few teachers were truly inspirational to me and, despite my wayward manner, encouraged me enormously.

It’s something that has always stuck with me. I still love teaching, especially first-year students. Had I been super-smart and found everything easy, I may not have the empathy that I have when undergraduates struggle to understand things.

I also think it’s important to share your enthusiasm for a subject. I’ve been inspired by the natural world. It has shaped me and given me a fantastic life and I want to share that with as many people as possible.

You were a pioneer of innovative teaching methods. How did this come about and why do you think it is important?

When I first came to Sheffield in 1976, I simply did what I thought was right at the time. So, I bought a video camera – a Kodak Super 8 – to film the field courses. My colleagues loved it and we started using the films at open days to give prospective students a taste of what it was like to study here. Of course, that’s standard practice now, but no-one else was doing it back then. In terms of research-led teaching, I think students value someone who has been at the cutting-edge – it means they are learning from the horse’s mouth and it helps to bring a subject to life.

What have been the highlights of your career?

Managing to crack a particular problem that I’ve set myself; each time I’ve been successful in obtaining a research grant; getting good feedback from my undergraduate students; being inspired by some of my PhD students; working collaboratively with colleagues from other departments – the list goes on.

In addition, working with Sir David Attenborough on a film about birds’ eggs for the BBC recently was an absolute privilege. He’s such a knowledgeable, gentle man and so modest. The first time I met him it was like meeting an old friend. And of course, getting to spend my days birdwatching on Skomer – what better life could you have?

Support Tim’s study into the guillemots of Skomer Island www.justgiving.com/guillemotsskomer

Reaching out to the public

The original ‘heart of the city’